Borrow from Your Future Self – a Free Powerful Visualization

Hi girls! Good-morning to you. I hope you had a restful weekend. Today, I’m here to chat with you about stomach bloating. I’ve made a few YouTube video’s in the past (those of you on my email list know this, because you received them as they came out), and one of them was on stomach bloat. 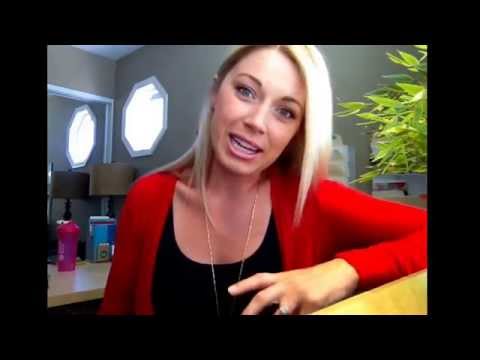 This video is the most viewed video I have… So I know this is an issue for many of us. Plus, I know first hand how FRUSTRATING stomach bloating is…

Let me start by sharing that for SO MANY YEARS, I could not make my stomach bloating disappear. I would think long and hard about how to get rid of it.

Years later, now having slim to zero stomach bloating episodes, I’ve figured out that personally, the reasons for my stomach bloating were SO much more simple than I ever thought they were.

I used to think my bloating was from the “big stuff” (that maybe you’ve all thought yourself)… Like, a dairy intolerance, gluten intolerance, sugar intolerance, and back around the circle again.

I thought all that bloating FOR SURE meant that I had a food allergy, or something was wrong. This is the number one thing I’d bring up when I was around seemingly healthy people… “And do you ever get bloated? WHAT DO YOU DO?” And basically, whatever those healthy people did, I’d try.

While this could definitely be true for some people, that you have a food allergy, the purpose of today’s post is to write about what I HAVEN’T seen online before, and those are the simple things that cause bloating, which we rarely give our attention to.

I think you’ll be surprised by the #1 thing that I found to give me stomach bloating, because if you’ve been following for more than two years, you know that this used to be one of my FAVORITE foods.

The simpler things in life that I’ve found to cause stomach bloating:

Yep. My old fav. Through the many years I tried getting rid of my stomach bloat, I never took LARABARS out of my diet, because they’re dairy free, gluten free, and hey, the sugar is natural so, HECK NO I wasn’t taking that out too (when I’d removed other processed sugars).

Once I went full-time as a health coach (I worked out of the house 72+ hours per week before), the purchasing of LARABARS slowed waaaaaay down. I didn’t feel the need for as many little snacks through the day. Instead, I naturally became more of a 3 meals per day type of gal (and no, eating little bits through the day does not give me bloating – hehe).

Well, with LARABARS out, my stomach bloating was out too. It was basically as SIMPLE as this. The crazy part? I’ve shared this with several of my clients in conversation, and by personal choice they removed LARABARS (& other forms of meal bars too), and their bloating… GONE.

So, basically, if you deal with stomach bloating day in and day out, and you’re a fan of eating bars on the go, you might want to take a little break, and see how that goes. Instead, eat a full breakfast, a full lunch, and bring a smoothie while you’re out to have in that time between lunch and dinner… Which brings me right on into my next point…

2) Waiting too long to eat between meals

Before, it was never a surprise when I’d get bloated. I would wake up feeling fine, and knew that at some point during the day I’d be bloated. Well, with my stomach bloating basically gone from not eating LB’s and other snack bars regularly, I began to notice the simpler things that would cause the bloating to return.

Waiting too long to eat between meals was one of those things.

I’m a believer in waiting to eat until you’re hungry. I think this helps your food to taste better (than ever!) and it helps you to more easily register when you’re full. With a signal to begin, there will be a signal to end, as Geneen Roth taught me. That being said, I began to notice that when that hunger would hit, and I’d still have to wait another hour or so to eat (say, I was going out with the family) I’d often end up with a bloaty belly.

In short, empty bellies produce gas. Gas produces bloating. Kinda like a gas tank, right? When all the gas is gone, you’re left with just fumes. Let her get hungry, but not 100% empty.

3) Clothing that is too tight

This was actually a recently learned experience. I was going through my clothes, getting ready to donate the old as I often do… I tried on an olllllld pair of jeans that I thought I’d donated a while back. Nope, they were right there. I put them on, and they buttoned. So, I decided that they were cute, and I’d wear them. Let me just said, they were a little too tight for comfort when I’d sit. I think they needed to be donated with my other age 16 jeans. Ha!

I wore them out anyway, convinced that they were too cute not to wear, and felt pretty miserable for the entire night. Having that constant tightness around my belly made my stomach super bloated and uncomfortable. Never again. You can go for cuteness and comfort at the same time. Don’t wear clothing that is too tight just because it’s cute, because if you end up bloated and uncomfortable in the end, it’s not going to be as fun as you were thinking.

4) Eating past my point of satisfaction

This one is a little more obvious right? If you’re eating out, and you eat way past your fullness, there’s probably going to be some sort of ache going on in that belly of yours. Whether you’ll get a plain stomach ache, a “food coma” feeling, or some bloating, we’re not sure. But this never feels good.

Start to trust that you can have any food that you want, and eat that food in a way that feels good. Go for better ingredients, better restaurants, better groceries, and eat amazingly tasty food. Eating food that tastes GOOD allows you to stop when you’re full more often. Why? Because you’ll start to rest assured knowing that you’re a person who is fed well and good regularly.

On the other hand, if you’re eating bland boring food 6 days of week, of course, on that 7th “cheat day” as people call it, you’re going to go crazy-feeling when you see flavorful foods such as ice cream, pizza, or pasta. Right? You’ll feel like you never want to stop – and hey, you don’t have to! Just start eating those foods regularly with upgraded ingredients that will nourish, love, and honor that beautiful body of yours.

This is a simple one that I can see now, many years later, affected me. In the Desire Map, Danielle LaPorte suggests that whatever you focus on expands. In this case, quite literally, this was true for me (haha!). In the days of my most extreme bloating (note, I was trying gluten free, so you better believe I was also eating those LB’s like no tomorrow) I was so afraid of feeling bloated, that I almost didn’t want to eat. And when I did, I’d be so anxious, that I’d basically inevitably get a stomachache.

Now, that being said, I was eating a ton of LB’s, which I now know give me bad tummy pains. And even so, thinking and stressing on whether or not I’d get bloated from any one food didn’t help at all, and in fact, robbed me of joy, too. I’m SURE some of you can relate.

This one pretty much ties into the previous one. I talked about this in my video too. But, when we eat while stressed, our bodies primary focus isn’t going to be on digesting our food. Her primary focus is going to be on your stress, and how to calm you down. Think of a baby, or a dog, and how they STARE at you when you’re stressed, or something URGENT seeming is going on. They’re dead set on you, right? They’re like “what the heck is going on right now?” They’re not interested in anything else. That’s kinda like your belly when you’re super stressed. So, get to a CALM place before you eat. Whether you’re stressed over the food, or the situation, if you’re going to eat, you may as well get to a calm place first, otherwise, you’ll probably gonna to be sitting with a not so pretty belly ache afterwards.

My goal here is to raise some simpler reasons for bloating that we often don’t think about.

Was this post helpful? I HOPE so! If you have a friend who might relate (aka, she’s always talking about her bloated belly), share this with her. She’ll be forever grateful if something here ends up working for her.

Want to add to this conversation? Do you deal with belly bloating? Let me know. What things do you notice cause you stomach bloating? Comment below. Other people love getting to read your input.